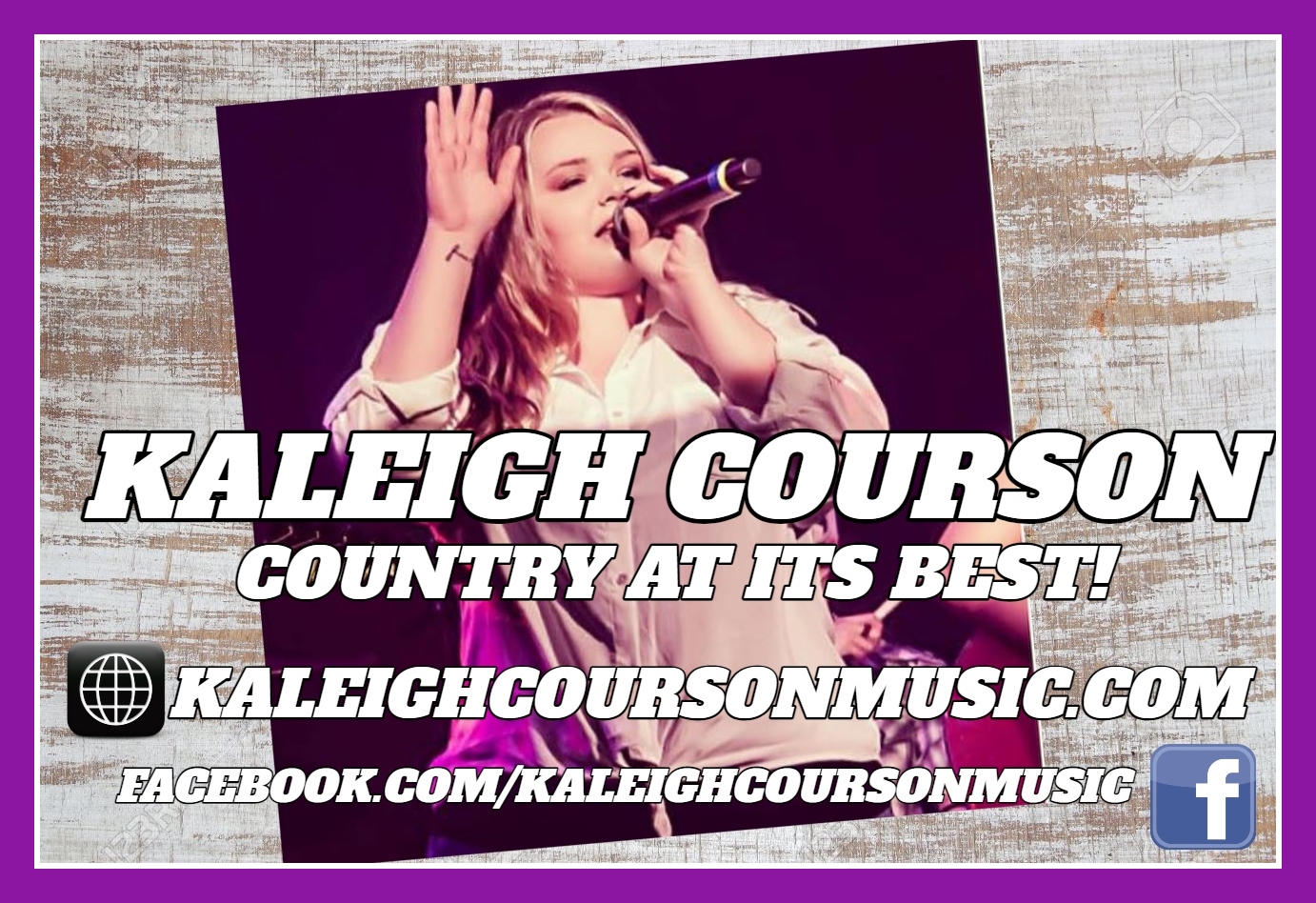 Kaleigh Courson is a Country Music singer-songwriter from Macon, GA who has a deep passion for writing and performing. Her ability to blend Southern Rock into her Country sound reminds you of what real country music is all about! According to Kaleigh... writing, singing, and partying with her fans is what makes it all a fun ride! Kaleigh has performed in Nashville, TN, Florida, and all over Georgia. Her spirited performances and sweet southern charm leaves you wanting more!

"It is pretty bold to attempt to cover a song with such strong vocals like CAM. But Kaleigh Courson knocks it out o the park! This is a live video in front of a sold-out crowd. No in-studio mixers or trickery. Raw vocals. You can hear her talent without being “fixed” in post-production. We love it and thought you would too." -Big Bam Nation — Big Bam Nation, Kaleigh Courson

“Glen Templeton and Kaleigh Courson performed to a standing room only crowd in the Kudzu concert at The Rose Theater on Feb. 13. The audience hailed from nine counties and one couple even made the trip down from South Carolina to see this show. Bobby Shell of Kudzu Concerts, promoter of the show agrees that “none of the artists in past shows have connected with the audience like Glen and Kaleigh. This will be the show to which all might be compared in the future.” The show began at 8p.m. when Macon native Kaleigh Courson took the stage playing with parts of her band Dixon Road that includes her brother Josh. Kaleigh immediately caught the audience’s attention with Jana Kramer’s “I got the boy”. Her crystal clear vocals got everyone’s attention… She proceeded with an original tune, “Gone”, but the highlight of Kaleigh’s performance may have been her version of Keith Whitley’s iconic “When you say nothing at all”. — Monroe County Reporter, Review: Concert one of best ever